Holocaust distortion is rhetoric, written work, or other media that excuse, minimize, or misrepresent the known historical record of the Holocaust. Unchecked, distortion paves the way for Holocaust denial, antisemitism, conspiracy myths, and dangerous forms of nationalism. 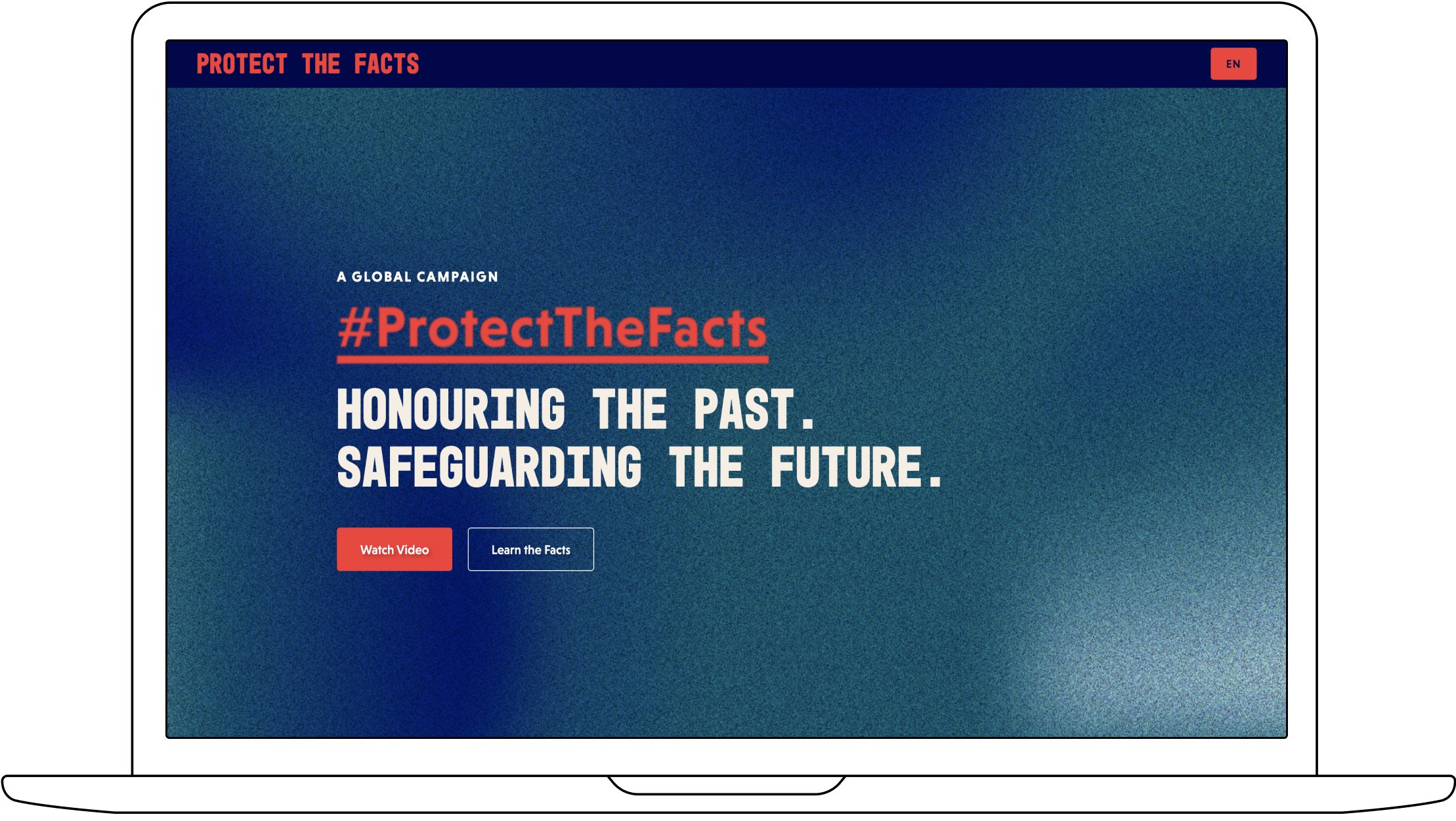 We collaborated with the International Holocaust Remembrance Alliance (IHRA) alongside their partners the European Commission, the United Nations, and UNESCO, to develop, design, and launch the #ProtectTheFacts campaign in preparation for activities around International Holocaust Remembrance Day on January 27, 2021. The campaign aimed to bring global awareness to the issue of Holocaust distortion and present concrete actions individuals can take to counter it. 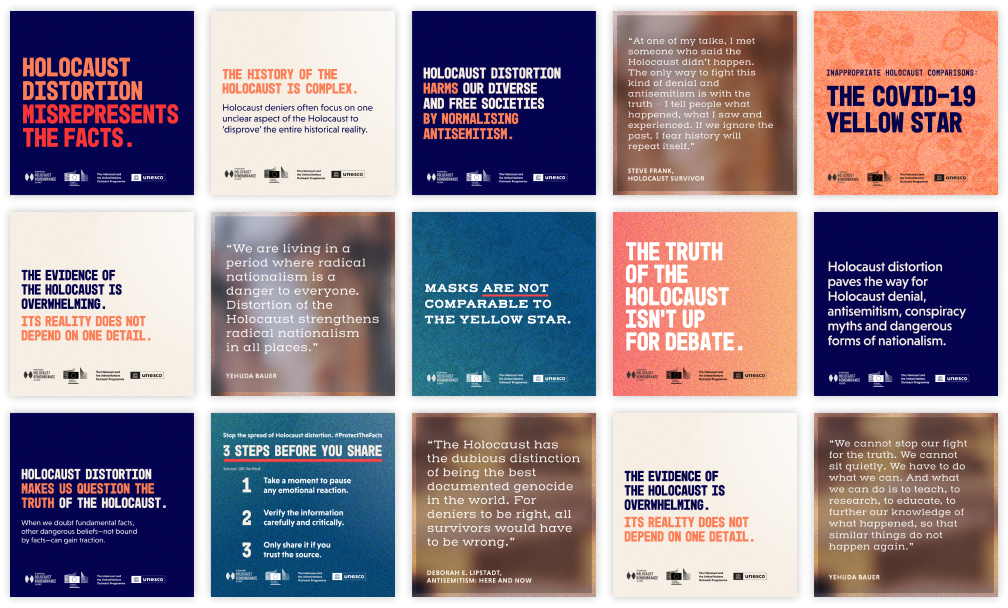 The campaign launched alongside a panel discussion on Holocaust distortion moderated by CNN. The campaign was shared widely on social media, from the accounts of the European Commission to that of the UN Secretary-General António Guterres. It also sparked online discussions and debates: In a comment section, one student remarked, "Like three people in my class of 19 people have never heard of it [the Holocaust]."

The materials were translated into French, Hindi, Kiswahili, Portuguese, and Spanish, and approximately 50% of visitors to the campaign’s website took action (interacting with content, sharing content, downloading assets, etc.). 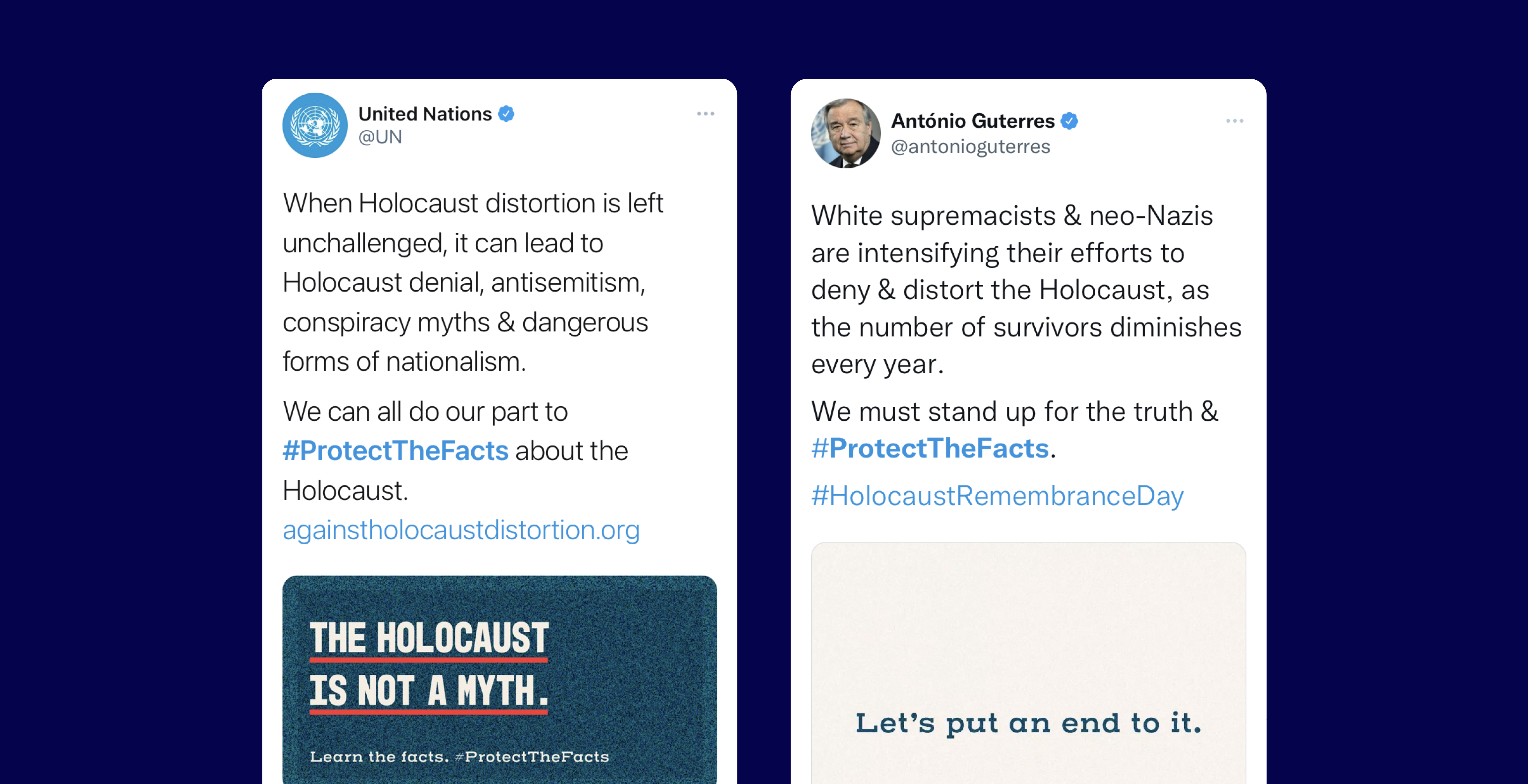 Activating a global community of changemakers in the midst of crisis

UNICEF
With an urgent call-to-action that COVID-19 could set back humanitarian progress by decades, UNICEF USA’s special events team was tasked to translate their cornerstone winter ball into a fully-virtual fundraising event.
Every story starts with a conversation.
Let's Talk